“Is this who we are?” The title of this op-ed piece is very apt. It follows on an article in Buzzfeed, which describes a 10-year-old undocumented girl with a severe developmental disability. The girl, born in Mexico but brought to this country when she was three months old, was detained after she just had emergency surgery. So, I ask the same question: “Is this who we are?”

There are ways in which we can take action. The American Civil Liberties Union is leading a campaign to contact elected officials; the effort has been gaining publicity on Twitter and other social media channels via the #FreeRosa hashtag. We cannot remain silent. It’s not who we are.

A ribbon made of multicolored puzzle pieces.  It has become one the most recognizable symbols of autism in the world.  The various colors reflect the many “faces” of autism, a condition often referred to as the autism spectrum (ASD) because no two people with autism are alike.  (The cognitive abilities of people with ASD range from nonverbal to intellectually brilliant.)  The ribbon symbolizes solidarity and hope of a happy, fulfilling life for people with autism.  The puzzle pieces remind us that the condition and the people with it are still very much a mystery.

Autism Awareness Month first came to be about 25 years ago, when the Autism Society of America undertook an effort to promote autism awareness.  The primary objective was to “promote … inclusion and self-determination for all, and assure that each person with ASD is provided the opportunity to achieve the highest quality of life.”  This year, the Autism Society seeks to go beyond awareness and encourage the public to play an active role as advocates, to speak out for inclusion of people with autism in school and community, embracing acceptance and engaging in an appreciation of their talents and gifts and for what these children and adults are capable of.

In addition, April 2 is designated World Autism Awareness Day, as a result of a 2008 U.N. resolution (first proposed by Qatar).  An autism research and education organization, Autism Speaks, initiated the worldwide Light It Up Blue, campaign in its effort to raise autism awareness.   Among many in the autism community, both advocates and self-advocates, Autism Speaks is highly controversial, because that organization is seeking a cure, whereas many people prefer to see autism as simply another way of being, “different, not broken.”  These advocates and activists prefer the completed puzzle over the single puzzle piece that is a trademark of Autism Speaks.

An astonishing video from a television documentary has recently made the rounds via the social media.  It shows how a Carly, a teenage girl with autism, who grew up nonverbal, was finally to express her inner voice that had been captive for over a decade.  It proves how much there is inside children like her.  Her message would be one we should all listen to.

Early Signs of Autism
According to the U.S. Centers for Disease control, early signs of autism include the following, and early intervention is urged:

World Autism Month is a call for all of us – and society at large – to understand and appreciate children and adults on the autism spectrum and, according to one blogger, to advocate for their parents as well.

Asperger’s syndrome is named for Hans Asperger, who was the first to describe the condition. He did not live to see this honor.

March 21.  Spring is finally here.  It’s the vernal equinox; days are now longer than nights.  And Saturday, March 21, is World Down Syndrome Day.  This special day is to raise awareness and highlight the many positive qualities of people with Down syndrome, as well as to increase public understanding and civil discourse.  This year will mark the 10th annual World Down Syndrome Day, the fourth since was recognized by the U.N., in 2011.  Across the world, people with Down syndrome, their families, friends, teachers, co-workers, and supporters will be observing this special day.  March 21 is symbolic: as the 21st day of the third month, it represents the third copy of the 21st chromosome that characterizes Down syndrome. 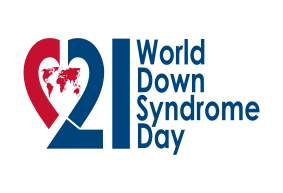 The theme of this year’s event, according to Down Syndrome International (DSI), is “My Opportunities, My Choices.  Enjoying Full and Equal Rights and the Role of Families.”   According to DSI, “On this day, people with Down syndrome and those who live and work with them throughout the world organize and participate in activities and events to raise public awareness and create a single global voice for advocating for the rights, inclusion and well-being of people with Down syndrome.”

The official statement of NDSS is, “We are able to do things that other people can and can’t do – just like anybody around the world.”

In the U.S., the National Down Syndrome Society (NDSS) provides a wealth of information via its Web site and social media.

If you are in New York City, be sure to check out the landmark Empire State Building, which will be illuminated in green, as part of an effort among several Down syndrome advocacy groups promoting “Random Acts of Kindness.”

Adds NDSS Ambassador, actor Chris Burke, “No matter who we are or where we live, give us a chance to do something with our lives so we can look forward to the future.”